The Climate Budget Items You Should Know About

Governor Newsom’s recently released 2022-2023 budget proposal, the California Blueprint plan, allocates $22.5 billion in investments into climate solutions that can directly improve the lives of all Californians, especially those with the greatest needs. The Governor’s budget and projections thus far for 2022 indicate we’ll have the money for the 2022-23 budget to bring everyone into our transformation to clean energy.

In this Getting to Zero post, I share the Governor's climate budget proposals for which I’m most excited and which I believe will be critical in the coming year to meet our state emission reductions targets. The first three categories — EVs and public transportation, clean energy grid, and building electrification — include budget items that target the three largest emission sources in California. Two others — climate change adaptation and mitigation, and clean economy development — highlight policy areas that are essential to help prepare California for future impacts of climate change on the economy and everyday life. 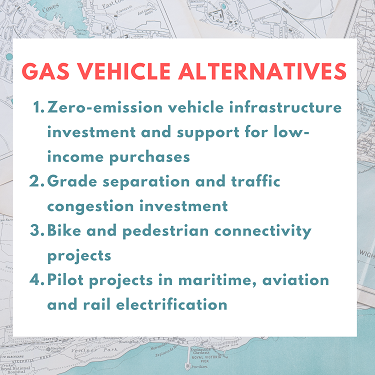 Alternatives to fossil-fuel vehicles. Transportation is the largest source of emissions in California, with more than half the transmissions emissions coming from passenger vehicles. I was glad to see the breadth of $6.1 billion of investments in non-gas vehicle movement modes, including investments in electric vehicles, rail and public transit projects, and grade separation projects, similar to the ones already occurring in Senate District 13. 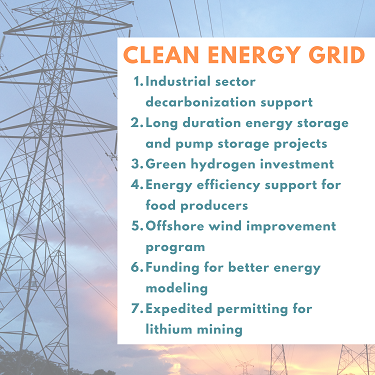 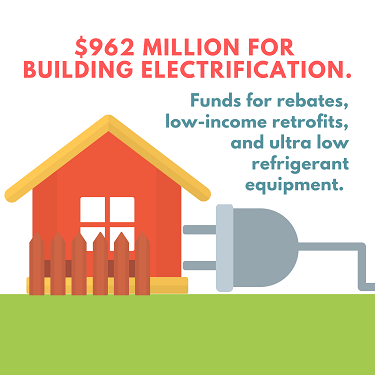 I was pleased to see the budget’s allocation of $962 million toward home and commercial electrification with a focus on supporting low-income electrification, which can be more difficult for municipalities to support due to budget constraints. 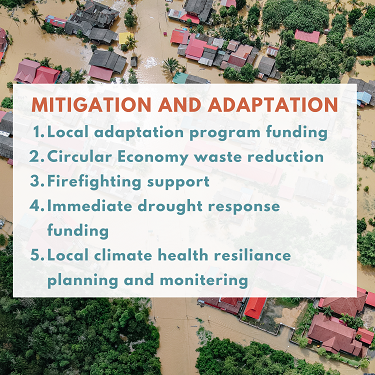 Climate change adaptation and mitigation. Senate District 13, similar to many other communities in California, is already experiencing measurable and costly consequences of climate change. And the estimates in the sixth IPCC report project the effects of climate change are only getting worse. The Governor’s proposal includes many mitigation opportunities for state agencies and cities to help expand their mitigation and adaptation programs from fires, impacts on water supplies, and more. 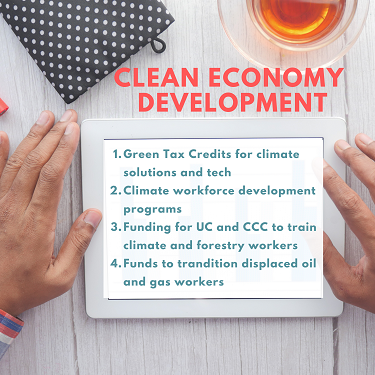 Climate economy development. California has proven over time that combating climate change and economic growth go hand-in-hand, when planned correctly. This is why budget investments in the clean economy are paramount to meeting our goals and to increasing the prosperity in the state by developing the climate workforce through college training programs, nurturing businesses which create technology for climate solutions, and supporting displaced oil and gas workers.

Of course, the Governor's budget proposal is just the beginning of the process. My colleagues and I are going to compare the Governor's spending priorities to our own, and there are opportunities to make improvements.  For example, it is great to see the administration's support for building decarbonization, but we need to make sure that those dollars are being spent efficiently, leveraging private sector investment as much as possible, and that the investments directly improve the lives of low-income Californians.  With these big increases in the budget for climate policy and more than $3 billion coming in from cap & trade auctions, we need to truly bring everyone along through this energy transition.

Further details about the Governor’s proposed budget can be found at this link.